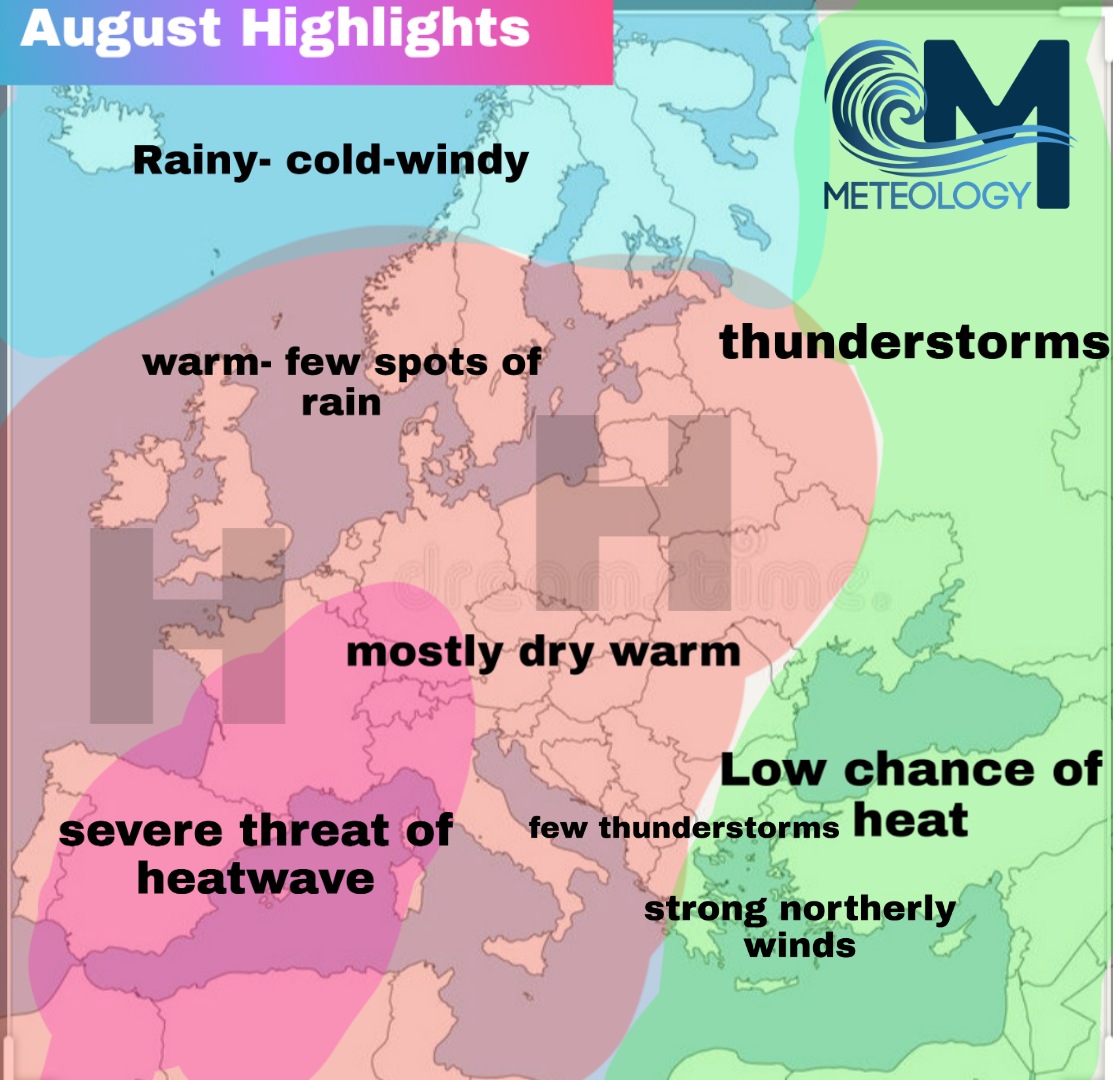 A mostly warm to very warm August, is about to begin at most parts of Europe. Storm systems will be located at the extreme North areas, from Scandinavia, Norway through Russia. WEST- CENTRAL EUROPE: The major threat will be the well above normal temperatures that will dominate through most days of the month. A major heatwave must not ruled out, especially at first half. Spain, France, Germany and Italy, are at high risk for a heatwave. Temperatures near 38 or even 40c are about to battle through all of these parts.

The cooling down must come at second half of the month with plenty of Thunderstorm activity.

EAST EUROPE- MEDITERRANEAN: A Warm August is also about to begin at most parts of Mediterranean sea. The warmer conditions will be found at central and western parts of the sea. On the contrary, east Mediterranean ( Hellas) will be at low risk of a major heatwave due to strong northeast winds that will dominate the Agean sea through most of the month. Few thunderstorms must not be ruled out at Balkan peninsula and northern parts of Hellas. Unfortunately, the strong northeast winds will combined with the mostly dry weather and will increase the risk of severe wildfires at Hellas.